Chad Matchette: Chad has been involved in the Vancouver theatre scene as a actor, director, producer, writer and teacher for over 30 years. He has worked with many companies such as, RCMT, TUTS, and Footlight. He is the co-owner and Artistic Director of Align Entertainment which has produced such shows as Shrek, The Addams Family, Chitty Chitty Bang Bang, Joseph and The Little Mermaid. Chad is the Artistic Director and co-owner (with his wife Erin), of the Lindbjerg Academy of Performing Arts, where he is living a lifelong dream of not only working in the arts but also teaching and helping encourage young people to express themselves and find their voice through musical theatre and dance. Next up is Legally Blonde in February and A Christmas Story the Musical in November both with Align Entertainment. 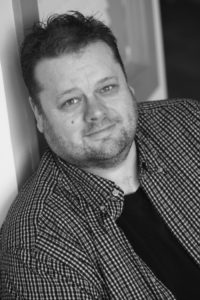